When the PXE client PC, the DHCP server, and WDS Server, are located on different subnets or vlans, IP helper tables need to be set up in the routers/switches so that the PXE network requests can be routed correctly to the appropriate server. Once the PXE network requests are routed correctly. the appropriate servers can answer. Requirement here is:

The IP Helpers that need to be setup and configured on routers/switches to properly support PXE in SCCM are as follows:

1) All DHCP broadcasts on UDP port 67 by client computers should be forwarded directly to both the DHCP server and the Windows Deployment Services PXE server.

2) All traffic to UDP port 4011 from the client computers to the Windows Deployment Services PXE servers should be routed appropriately (these requests direct traffic to the server, not broadcasts).

By default, clients cannot broadcast the request to different Subnets. Hence, we need to forward the Client request to both DHCP Server & WDS Server.

Command “IP helper-address <ServerName>” will do the following:

As you can see from the above mentioned table, the request is not forwarded to UDP port 4011 (which is the 2nd requirement to forward request). We need the 3rd command ie:
IP forward-protocol UDP 4011
This Command will forward the request to port 4011 along with with other default ports as mentioned in above table. Hence request is now forwarded to following UDP Ports: 37,49,53,67,68,69,137,138,4011.

Why we need IP Helper ?

We require IP Helper table when Client System, DHCP Server and / or WDS Server is not on same subnet. We also requires this if we want to support both types of firmware (BIOS & UEFI). By using IP helper table client gets:

Is it Mandatory to have IP Helper?

Microsoft recommendation is to have IP Helper table configured as it provides robust solution for PXE process to boot both BIOS & UEFI based firmware. However, many organisations struggles to implement IP Helper table due to lack of proper approach and inefficiency on how to do that. You don’t require IP Helper to be configured when:

Note : If you have only 1 type of firmware (either BIOS or UEFI) with client system, DHCP Server & WDS server in different subnets.
Then, DHCP scope options 66 (servername) and 67 (pointing to Network Boot Program) can be used which is much more easier to configure.

1. You cannot specify 2 NBP files at the same time.

2. DHCP Scope options are not supported by Microsoft.

In case you are facing issues with PXE Boot process, Microsoft won’t support this case if you open the troubleshooting case with them. Following is the link for your reference:
https://support.microsoft.com/en-us/kb/259670
Microsoft’s recommendation is to have IP Helper table configured. 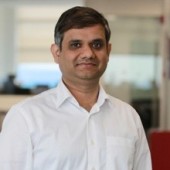 SMSTSLOG log location and how to copy – SCCM OSD

How to uninstall sccm client